These books are really old, and it shows

SCRANTON — In the basement of City Hall, leather-bound volumes kept behind glass contain source records, after-action reports, and regimental histories of the Civil war, from the first shots fired at Fort Sumter to the Confederate capitulation at Appomattox Court House. 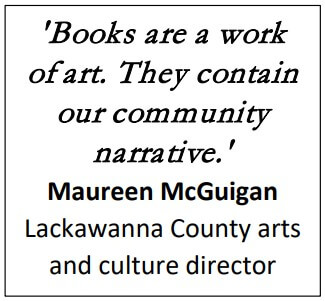 Kept at the Civil war museum and library run by members of the Grand Army of the Republic Memorial Association of Scranton, the collection of about 1,800 books, records, and personal battlefield accounts tell the stories of the Union and Confederate armies that clashed across large swaths of the country between 1861 and 1865. some of the books date back to around the war years, while others were penned and printed in the years and decades that followed. While the collection represents an invaluable historical record of one of American history’s most central events- and Northeast Pennsylvania’s role in the war -some of the antique volumes are showing their age.

That is why, with the help of county grant funding and for the sake of posterity, the GAR Memorial Association is working to repair and refurbish some of the most time-worn books. 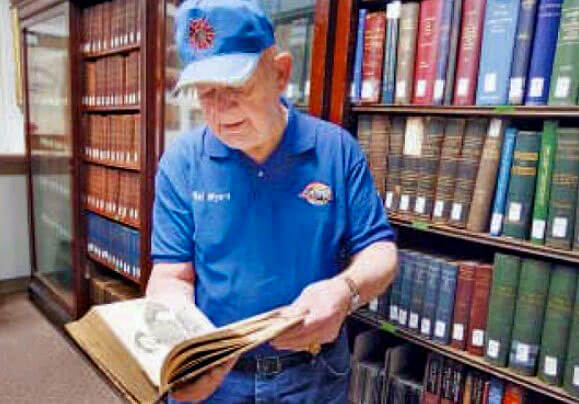 “(It’s) for the future,” GAR President Hal Myers said, running his thumb down a seam where the cover and spine of a book on the battle of Gettysburg had come apart. “There’s going to be people here who come after us, so … we want the books to be in as good a shape as they can be.”

Along with early editions of Ulysses s. Grant’s memoir and volumes of “War of the Rebellion,” source records of both armies, the collection also contain histories of local regiments with NEPA roots.

Among them is Frederick Hitchcock’s “War from the Inside,” a history of the 132nd Pennsylvania Volunteer Infantry Regiment, which was made up

of companies recruited from Bradford, Carbon, Columbia, Luzerne, Montour, and Wyoming counties. Myers called the regimental histories some of the most historically valuable books in the collection.

“What (Hitchcock is) doing is … writing about everything the regiment did,” Myers said of the book on the 132nd, noting they fought at the battles of Antietam, Fredericksburg, and Chancellorsville. “You can see for yourself, this is a roster telling them what happened to each man.” 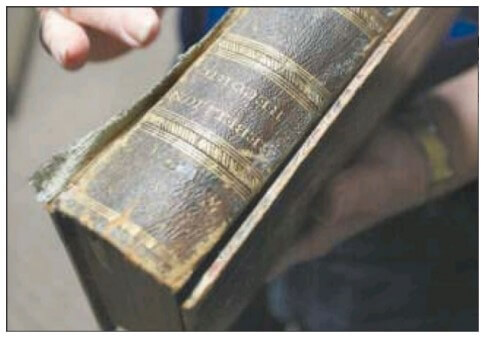 Beyond their value as a firsthand historical record, such volumes can be excellent resources for people looking to piece together individual family histories, he said.

Lackawanna County, which didn’t exist during the Civil War, recently awarded a $1,500 arts and culture grant to help refurbish the books. That investment helps preserve the physical works of art, the books, and the local history many of them contain, County Arts and Culture Director Maureen McGuigan said.

“I think history and preservation of our heritage is naturally part of (arts and culture),” she said. “Books are a work of art. They contain our community narrative.”

Woven into that narrative in more ways than one is Ezra H. Ripple, Lackawanna County’s first treasurer and mayor of Scranton from 1886 to 1890.

Before entering politics, Ripple served in the Civil War with the 52nd Pennsylvania Volunteer Infantry Regiment, among others. While with the 52nd, Ripple was captured by Confederate forces and held at the nightmarish military prison at Andersonville, Georgia, where almost 13,000 Union prisoners died of disease, malnutrition, exposure, and other issues. He eventually was transported to another prison in Florence, South Carolina, from which he was eventually discharged.

While some books in the collection belonged to Ripple, who died in 1909, Myers’s connection to the 52nd Pennsylvania is more personal. His relative, Milo Myers, a private in the regiment, was captured by rebel soldiers and ultimately died at the Florence prison in 1864. Those who have questions about their own family’s connection to the Civil War, Myers said, might find answers in one of the books.

The museum and library are open the third Saturday of each month from noon to 4 p.m., or by appointment. Admission is free but donations are appreciated. For information, call Myers at 570-343-4145.